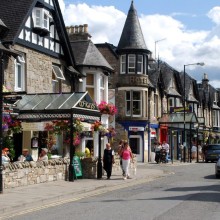 In the heart of Scotland with real hospitality, clear sparkling air, beautiful scenery, rich clan history, fine food, plenty of space and lots to see and do. Pitlochry is primarily a holiday destination, which caters for the holiday maker year round in its own special way. The people are knowledgeable, friendly and helpful as it has been a tourist destination for well over 150 years, counting Queen Victoria amongst its earlier visitors. 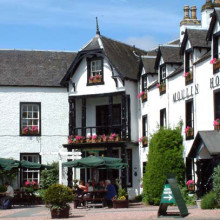 Moulin is a village in Perthshire in central Scotland. It is located in the Tummel valley, 1 kilometre (0.62 mi) north of Pitlochry, and 40 kilometres (25 mi) north of Perth.

The Black Castle of Moulin is the ruined remains of a 14th-century castle, built on a former island. The castle was burned down in 1512.

The Community Emergency and Support Group have published their latest Emergency Plan for the area. Find out more here.